Marc M September 25, 2008 August 24, 2017Pets & Animals, Technology & Computers
Congratulations to my niece and her husband for their new baby boy (and sympathy for the long hours of labor), named after my Dad.

Watertown Dog Park
A good example of why Jefferson County stays the same.  Some of the people of Watertown and Jefferson County were almost up in arms when a group of citizens wanted a dog park in Watertown.
I love this area; the land and landscape, the history, and most of the time the people.  But the ignorance and backwardness of some is disheartening, especially those who we rely on to govern and see further ahead than their own wallets.
A moderator on a local webboard even closed the topic about the dog park at one point, after the city council refused to take it any further.  So further discussions were ended abruptly there on that webboard.
Fortunately there are those who are a bit more with the times and can see benefits beyond themselves.  Fort Drum now has a dog park for military people, as well as the SPCA (though only for members).
The old rednecks and staunch Old Guard/Good Old Boys of the local government always wonder why the young people leave here.  A dog park may be a small thing, but it’s a reminder and maybe even a symbol of larger problems we have here.

Firefox Still Has Memory Leaks?  No!

What did you expect – they fixed Firefox up but third parties who make the addons that most of us use are under no obligation to do so.  Many of the addons hemorrhage memory like there’s no limit, and sometimes the interactions between them are only making it worse.  If you find your memory consumption high in Firefox 3 try alternative addons.

Google Chrome
I’ve yet to be as impressed about Google Chrome as some people are.  It doesn’t seem to be that significant in features or speed.  And Google’s terms of use are scary at worse, questionable at best.  The German government even told people not to use it!  Not that that means a whole lot.
Sure, I know – the argument is that if you’re not doing anything wrong with it why do you care if they know what you’re surfing.  Same with their e-mail, online applications, etc.
Many down through history have thought similar.  And fervently regretted giving up their privacy.

Google is a bit scary in general.  They’ve far surpassed Microsoft in terms of the niggling feeling at the edge of my thoughts that whisper “World Domination” 😉 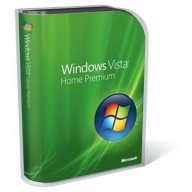 Vista and HP Computers
My new HP computer with Vista continues to perform well and impress me.  The occasional older program doesn’t work in Vista of course, I guess I’ve run across four or five so far.
And some of the features they did away with is perplexing.
Sound recorder is nearly useless.  I normally use Cool Edit for heavy-duty sound projects but there’s still a need for a simple sounded editor.  Fortunately you can just copy the old one out of XP and it works fine.
You can do this with some other XP programs too, though if you are actually replacing a Windows Vista program instead of adding one, you will need administrator privileges.  Like for Notepad.

But the number-crunching ability of the computer, the 64-bit dual-core processor is impressive.  Rendering photorealistic objects is blazing and working with multiple graphics programs and websites is smooth and fun now.
I ran into a bit of an issue yesterday.
One of the reasons I got this computer was the ability to make a recovery disk(s) from the recovery partition.  If the hard drive goes flooey two days after the year-long warranty runs out I have an option; outside of buying a new copy of Vista or going back to XP.
So I went to the HP Recovery Disk Creator, only to find that it won’t let me create a disk now.  It only allows one creation (easily hacked) but I hadn’t even made one as yet!

Why?  Well, apparently you can’t add a partition or mess around with the hard drive too much, as it detects size changes, etc.  And won’t let you make the recovery copy.  I even tried setting the partitions back (overwriting my XP partition), no luck.  I tried hacking the config for it, making the sizes line up again.  No luck.
After doing some checking online it seems to be a common problem (a few years back HP got into some trouble for problems along these lines, if you remember).
The only alternative is to back up everything, and use the recovery partition to set everything on the computer back to stock, build the recovery DVD’s, and then restore everything again.  A huge PITA.  But I see no other way.
Though I bet there’s a way to hack the recovery disk creator to ignore the changes.  Ugh.

A few good links – if you miss the “Copy to” and “Move to” here’s how to add them to Vista.